Leading Through a Crisis

Given the world's current state, the challenges of leading through a crisis have been rattling around in my head for many months now. The global pandemic certainly qualifies as a crisis, and the importance of great leadership becomes more significant in a crisis. I am taking a break from more technical topics to share some of my thoughts on leadership.

For me, leadership covers a lot of ground. If you make decisions that impact other people, you are a leader. You might be a good leader, or you might be a bad leader; I am not using the word “leader” here to identify skill but to describe a capability area. You might be in a formal role, or you might be someone people look to for leadership. (The latter would be an example where you have probably shown some skill in this area.) You might lead a massive organization, a small department, your family, or even your friends. You might even be a situational leader: someone else typically leads, but in certain situations, everyone looks to you.1My wife always drives us everywhere except when it starts snowing. I am the “inclement weather” driver. Get out of my way.

The classroom-favorite computer game, Oregon Trail, created in the 70s then experiencing a rebirth on Apple ][2As if I don't feel old enough already, my proofreading daughter asked me if “][” was a typo. in the 90s, tasked the player with leading a caravan to Oregon. As the computer prompted, the player made a series of choices, and those decisions determined if they made it to Oregon or if they

The fundamental premise was that they were leading the caravan somewhere. Without Oregon, there was no game. Without a destination – a goal – there is no leading.

Leadership is a process of social influence, which maximizes the efforts of others, towards the achievement of a goal.

Forbes, What is Leadership?

Attempting to lead without a goal isn't leading; it's wandering. As mentioned above, each leadership decision will have some desired outcomes and some undesired consequences. When leading in a crisis, the outcomes often become more crucial and the consequences more impactful. For example, in the current pandemic, many organizations' desired outcomes are shifting from increasing revenue or reducing expenses to retaining employees or staying in business. Since every goal requires different choices, you can't possibly make the right choices without knowing the goal, so establishing that goal is fundamental to leadership.

Critical is typically assumed to mean “expressing disapproving judgments,” which is not what thinking critically entails. Fortunately, Google comes to the rescue with the definition I need:

Critical Thinking.
The objective analysis and evaluation of an issue in order to form a judgment.

Thoughtful analysis of the situation is foundational for good leadership. Acquiring and evaluating as many facts as possible that are pertinent to a decision and engaging other expert opinions outside your own results in better decisions. Better decisions result in better outcomes.

Using a fact-based decision approach with different expert opinions is also a sound strategy for minimizing the impact of cognitive bias. Cognitive bias is a preconceived notion that shortcuts your capability to evaluate facts objectively. It is a great way to make bad decisions with good intentions, so anything you can do to avoid it will improve your outcomes.

I am a staunch proponent of transparency. So much so that I made it one of our Wittij Core Values. Communicating openly with my team falls under the “be forthright and truthful… with one another” part. While I believe transparency is the foundation of integrity, I don't think that is the only reason open communication is essential. In the absence of information, people fill the remaining void with speculation. This results in misinformation that can make it even more challenging to lead. Even worse, assumptions often favor less desirable outcomes because those are the outcomes that concern people the most.

Often leaders will attempt to sugar-coat bad news as not to alarm the people they are leading. At that moment, this reduces people's ability to assist in achieving the desired outcome. In the longer term, this erodes people's confidence in leadership and makes it less likely that you will achieve the desired results.

The benefits of transparency are not only for message recipients but also the messenger. Withholding information or spinning a more positive message to communicate with people is stressful and exhausting, which takes a toll on a leader.

As written so eloquently in 1599 by Sir Edwin Sandys, “Our grosse conceipts, who think honestie the best policie.” In contemporary English: honesty is the best policy.

The most challenging part of leading people is… people. Those complicated people have their own goals and worries, and even more challenging is that sometimes you will know exactly what they are, and sometimes you will not. It is essential never to forget that no matter what you think you are leading – an organization, a team, or a project – you are always leading people.

The “feel good” part of being empathetic is that to be a good leader, you need to genuinely care about other people. You need to pay attention and actively listen when they speak, try to understand how they feel, and be compassionate about their struggles.

The pragmatic part of being empathetic is that if you are compassionate, you can make more effective decisions and motivate better action, helping you achieve your goals. Through empathy, you can understand what people are going through, include those factors in your analysis, and make better decisions to achieve desired outcomes. In addition, people who know you are empathetic to their concerns and are considering those as you plan are more likely to help you reach the goal.

The thing about being empathetic is that you need to mean it. People recognize (eventually) if you are not authentically empathetic but instead manipulative, which has a demotivating effect.

There are two aspects to acting decisively. The first is recognizing the impact time has on decision-making. Above, I laid some groundwork for good leadership: being clear on the goal, thinking critically, and knowing your people. Time is an additional factor that plays a big role. The situation around you is evolving as time marches forward, so if you take too long to decide, the decision is sometimes made for you by external factors outside your control. If you take too long, circumstances may also have shifted, so your fact-based decision may then be wrong. There is also a people implication here, and much like I discussed in “Communicate Openly” above, people will fill the time you take to opine with speculation.

The second aspect is an acknowledgment that some decisions are tough. Not all decisions result in more desired outcomes than undesired consequences, and many decisions have undesired effects on people. As a leader, you need to be ready to make those difficult decisions even if they have those undesired effects. Even if you make them with open communication and empathy for those impacted, they are not easy to make.

Both aspects are true for any leadership, but when leading in a crisis, the time factor can be compressed and the undesired effects more harmful.

Great leadership is important and preferable at any time. The difference when leading in a crisis is that the stakes are higher and leadership becomes essential. A bad or even mediocre leader can often meander along and not cause much harm, but poor leadership can have catastrophic effects during a crisis.

A crisis impacts all the principles:

Establish Goals. Goals can be more challenging, and the contrast between success and failure more impactful.
Think Critically. The magnitude of the decision can drive a need for more analysis, but more facts and time may not be available.
Communicate Openly. In times of crisis, the speculation mill runs overtime!
Be Empathetic. The stress of the crisis can run emotions high, and the effects of the possible outcomes on people can loom large.
Act Decisively. The rapid impacts of a crisis can compress the time for decisions, and the effects on people can make decisions weigh heavily.

A crisis also requires courage. The principles above all get tested in times of crisis, so it can take courage to persevere. Remaining steadfast is easier when, well,… it's easy.

So that's my framework for great leadership, whether leading through a crisis, or more boring times. Leadership is a learned skill, but as opposed to “trial and error”-ing your way on the backs of unlucky people, there are some steps anyone can take to improve their leadership skill:

As our focus is IT Architecture and Strategy, we also have more specific approaches and guidance around leadership for technology. Check out our other articles, like Making Better Technology Decisions, or contact us to learn more about our training workshops! 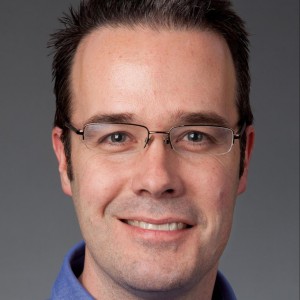 Dan is the founder of Wittij Consulting. Prior to founding Wittij, he spent a decade in software development before moving into IT architecture, where he created an Open Group recognized architecture method and led delivery of all services for a company specializing in enterprise and solution architecture for 15 years. He is an energetic, thoughtful leader with an ability to engage and motivate people, and has been called a “force multiplier” for his ability to not only deliver great value, but also increase the value and capability of the people around him. Dan is a strong facilitator, able to understand and resolve complex disagreements with diplomacy. He comprehends and communicates clearly both at the detail level and the boardroom summary level to both business and technical audiences. His knowledge of enterprise techniques and technologies is broad and deep, and includes industry expertise in manufacturing, financial services, banking, health care, insurance, regulatory compliance, and NGOs.
All Posts »

Dan is the founder of Wittij Consulting. Prior to founding Wittij, he spent a decade in software development before moving into IT architecture, where he created an Open Group recognized architecture method and led delivery of all services for a company specializing in enterprise and solution architecture for 15 years. He is an energetic, thoughtful leader with an ability to engage and motivate people, and has been called a “force multiplier” for his ability to not only deliver great value, but also increase the value and capability of the people around him. Dan is a strong facilitator, able to understand and resolve complex disagreements with diplomacy. He comprehends and communicates clearly both at the detail level and the boardroom summary level to both business and technical audiences. His knowledge of enterprise techniques and technologies is broad and deep, and includes industry expertise in manufacturing, financial services, banking, health care, insurance, regulatory compliance, and NGOs.
All Posts »
PrevPreviousTechnology Guardrails: Optimize your Enterprise
NextImprove Business Outcomes with Technology GuardrailsNext

Our reputation is our success. If we can do great things for you, we will. If we can’t, we’ll say so.

Back to top
Menu